Marco has been clocking up the miles again this August, visiting numerous restaurants across the country.

Including a mix of lunch and dinner dining experiences, site visits took in Steakhouse Bar & Grills in Nottingham, Birmingham and Cadbury House in North Somerset, and coincided with the launch of the new steakhouse menu.

During the Birmingham visit, Marco also took part in a Q&A session where he chatted to a packed audience about how he became a chef, his journey to London and winning his three Michelin stars. He then answered a variety of questions from guests which proved very popular.

Always keen to meet customers, Marco signed copies of the ground-breaking 'White Heat', which has been described by one critic as being "possibly the most influential recipe book of the last 20 years".

With all venues selling-out, this underlines Marco's popularity and is a great way for him to talk about his philosophy of feeding people well in a nice environment.

Nick Taplin, Chairman and CEO of Black and White Hospitality said: "Marco sees these visits as an important element of supporting venues, owners and the teams. He's also keen to make sure that the venues are up to his exacting standards!

"He's fantastic with the public and always interested to hear what people have to say about his restaurants and eating out.

"It's great, as well, for both the front of house and back of house teams where they get the chance to meet the person who single-handedly dragged the UK restaurant scene to being at the forefront of modern gastronomy." 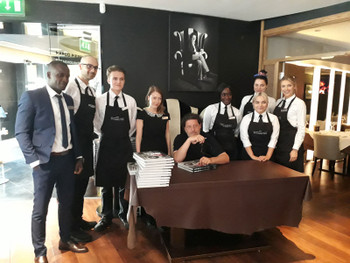 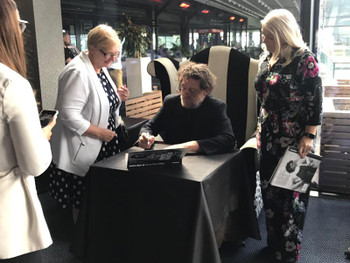